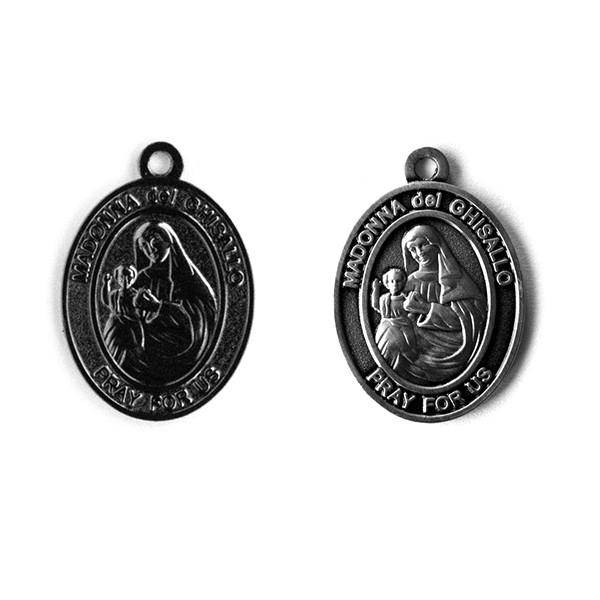 Madonna del Ghisallo is a hill in Magreglio, close to Lake Como in Italy. It is named after an alleged Marian apparition.

According to the legend, the Medieval count Ghisallo was being attacked by bandits when he saw an image of Virgin Mary at a shrine. He ran to it and was saved from the robbers. The apparition became known as the Madonna del Ghisallo, and she became a patroness of local travellers. In later times, Madonna del Ghisallo (the hill) was made part of the Giro di Lombardia bicycle race and has often featured in theGiro d'Italia as well.

For this reason a local priest, Father Ermelindo Vigano, proposed that Madonna del Ghisallo (the apparition) be declared the patroness of cyclists. This was confirmed byPope Pius XII. Nowadays the shrine of Madonna del Ghisallo contains a small cycling museum with photos and artifacts from the sport. There also burns an eternal flame for cyclists who have died. One particularly notable artifact is the crumpled bicycle that Fabio Casartelli, a native of the region, rode on the day that he died in a crash in the Tour de France.

The Colle del Ghisallo is a mountain pass road that connects the upper part of Valassina Larian Triangle. The point of the pass, at an altitude of 754 m above sea level, is located near Magreglio.

Black oxide finish, the pendant works on a necklace or keychain for example.