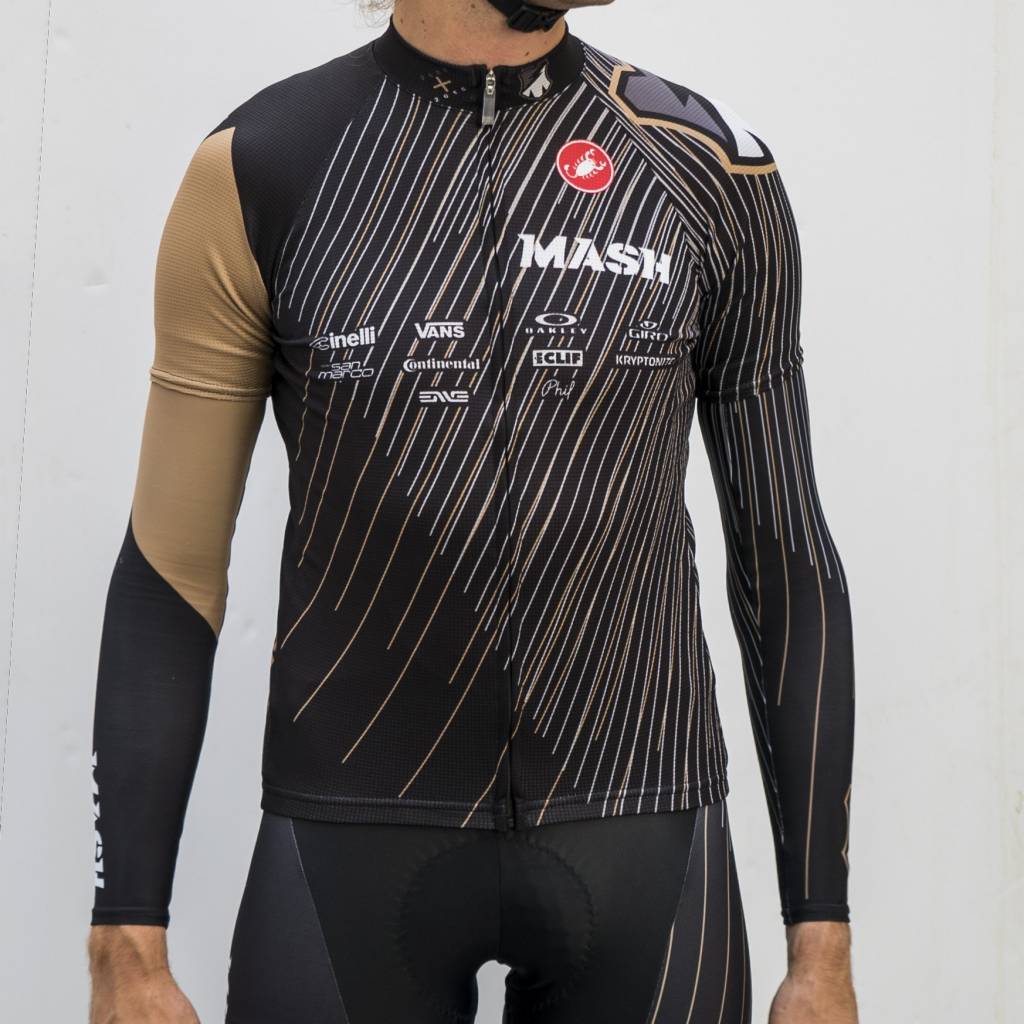 Coinciding with the 10 year anniversary of MASH, Garrett has applied his roman numeral 'X' design to a full race kit that our friends at Castelli have produced.

"All designs of MASH Ten Year Anniversary products are based on 'X', the Roman numeral for Ten: 'X' is comprised of the intersection of two lines or, can be seen as two angles in tangency. This rationale serves as the basis of the vanishing point(s) in linear perspective —the means for representing three-dimensional objects and space on a two-dimensional surface.

The design elements and visual language of all #MASHtenyear products are derived from plotting equidistant points along the periphery of the MASH logotype, and then tracing these points back to a vanishing point. Scaling the 'wireframe' derived from this exercise, and varying the distance of the vanishing point and placement of the logotype above and below the horizon line yields myriad permutations of this visual language." GC